How has Technology Changed the Entertainment Industry 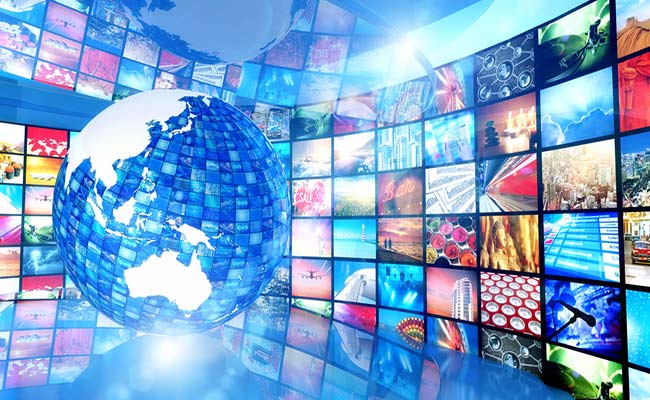 After that, the cable TV was established and now everyone was able to watch the show of their choice. Movies, reality TV, sports channels, etc. made the life of people much easier.

Today we have Netflix, Hulu, amazon prime and various other video service provers where we can watch anything we want. There is a whole world of entertainment today and a wide line of choices to watch. We live in a time where it is almost impossible to live without any source of entertainment. Even on our smartphones, we can stream any movie or show we like. It is portable and we can use it while we are traveling or somewhere outside where Television is not available.

In simple words, technology has transformed the way of entertainment.

This is how technology has changed the Entertainment Industry:

It does not matter today what are the ticket prices today because of what we are actually going to experience in theatre is going to be more fun and engaging. The technology used in the theatre these days delivers aa crisp 3D picture with precise quality and more realistic effects. Then there in IMAX for more immersive experience providing the picture quality and sound that it transports you in the film itself.

This has all been made possible with the advent of technology. Technology has played a massive role in changing the face of the entertainment industry.

When we are discussing the entertainment, how can we miss out on the music? This is one of the major entertainment industry which felt the winds of technological change very early. You must remember sitting in front of a stereo listening to a CD of their favorite songs that you purchased from the music shop. But that was done back then when there was no internet. The technology has changed so much that it is possible to stream music online. There are various apps that make it possible like Spotify. You can listen to music anytime, anywhere through headphones of by using a Bluetooth speaker. You can carry the headphones, the speakers in your pocket or with you as they are portable and light in weight. This one change has been so profound that the music industry is still catching up with it.

Entertainment means fun and fun means gaming. Gaming is a high adrenaline activity that involves riding a helicopter, a car, being the most wanted thief through a medium of video games. Yes, you can be anything and play anyone. You used to remember a time when you have to visit the malls to play the game and the play station which was the biggest hit. After the play station, anyone was able to play the game in their homes. But the winds of technological advancement swept through the gaming industry like a hot knife.

At present, we can play the game which feels like light years ahead of the gaming consoles that came only between 20 to 30 years ago. The internet has also set up a space for gaming and e-games are popular more than ever.

No business is like show business and that’s a famous Hollywood. The technology of Hollywood and TV have indeed changed over the years. The films of today are making extensive use of CGI effects and sound, which makes the moviegoers experience grand and spectacular. The films that have been impossible to be made in the past are now been brought to life with the use of technological power.

No one uses VHS tapes nowadays. This is the time of online streaming which includes Netflix, Hulu, and Amazon Prime.

Although there was a time when there was no choice for entertainment and everything was limited. We now even have a section for the Latest Top Entertainment News, where we are always aware of what source of entertainment is coming soon in movies, music, and more. Technology has changed it for the better means that it has made our generation probably the most amused and interesting generation of the humans there ever was. Great customer service can turn customers into lifelong brand advocates. Loyalty from customers is important because almost half of customers spend more on brands they are loyal to. Great customer In the current circumstances of COVID 19 spread, the sector that is developing the most and will continue to grow in the coming days is technology, because most of the